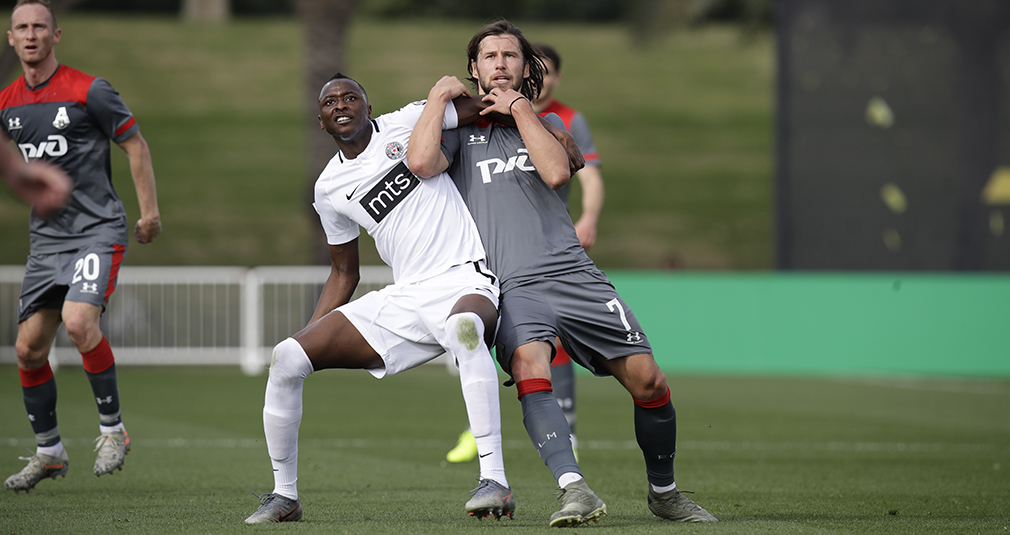 Lokomotiv took on Patizan on the second day after the arrival to the UAE and fielded by all means its almost top squad. On 11 minutes the teams exchanged threats. Anton Miranchuk tried to finish off Ignatyev’s cross but sent the ball straight into the keepers hands, later Barinov hit a post after the Railroaders played a corner. Partizan responded with a one-on-one by Sadiq. The Nigerian rounded Kochenkov but his attempt went wide while Magkeyev and Corluka secured the goal.