The youth team lost to Rubin 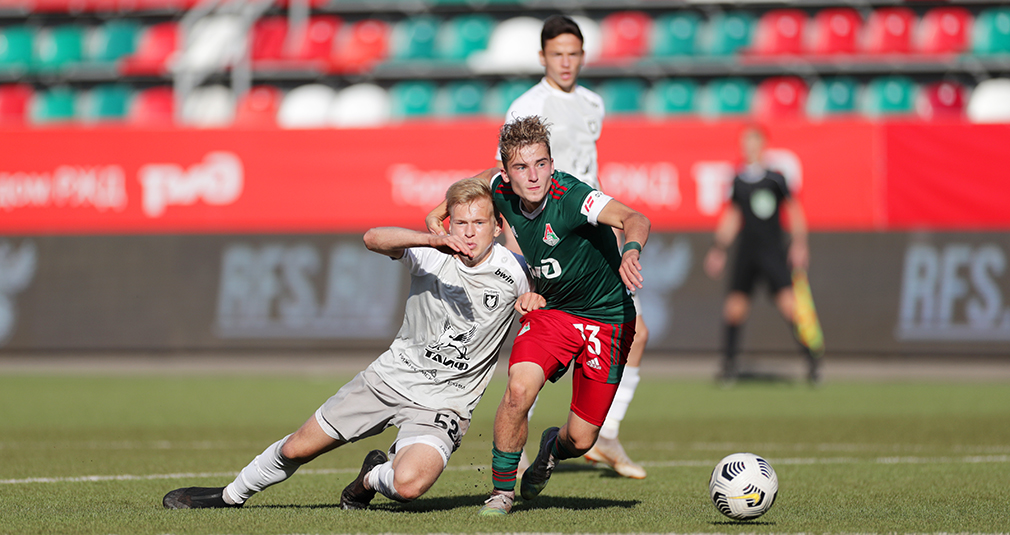 Lokomotiv approached the game against Rubin in status of the group leaders - two convincing wins with a goal difference 6:0. Rubin, on the other hand, was fourth in the table. Guests started the season with a defeat to CSKA, and then a win against Strogino.

The first half passed with virtually no chances. Rubin put up serious resistance in the first minutes, controlled the ball, but did not approach the goal. Lokomotiv seized the initiative by the middle of the half, locking the guests in their half of the pitch. Despite the possession there were no shots on target.

Rubin scored in the 39th minute. Shubin received the ball in the middle of the pitch, sprinted towards the penalty box without resistance and made a pass to Strelchuk, who ran behind the defender and shot past Kasyanenko.

The start of the second half practically did not differ from the first. Rubin was defending the result with the whole team, while Lokomotiv was passing the ball near the penalty area, without creating chances. Nevertheless, in the middle of the half the game was revived with the substitutions - Turishchev and Kasimov came on the pitch.

Straight after coming on the field, Kasimov found Turishchev inside the penalty area, Maksim returned the ball to Timur for a shot - the ball went wide. Shortly afterwards, Babkin had a go from distance, but the goalkeeper made a brilliant save, pulling the ball out from under the bar. Lokomotiv missed their last chance in the 88th minute. Petrov moved from the center to the left, entered the penalty area and shot powerfully into the near corner - the goalkeeper again was in the right place at the right time and saved the ball.

Our youth team stayed in first place after today’s game, but now four teams have the same amount of points. Lokomotiv U19 team will play their next match away in Ufa on September 29.