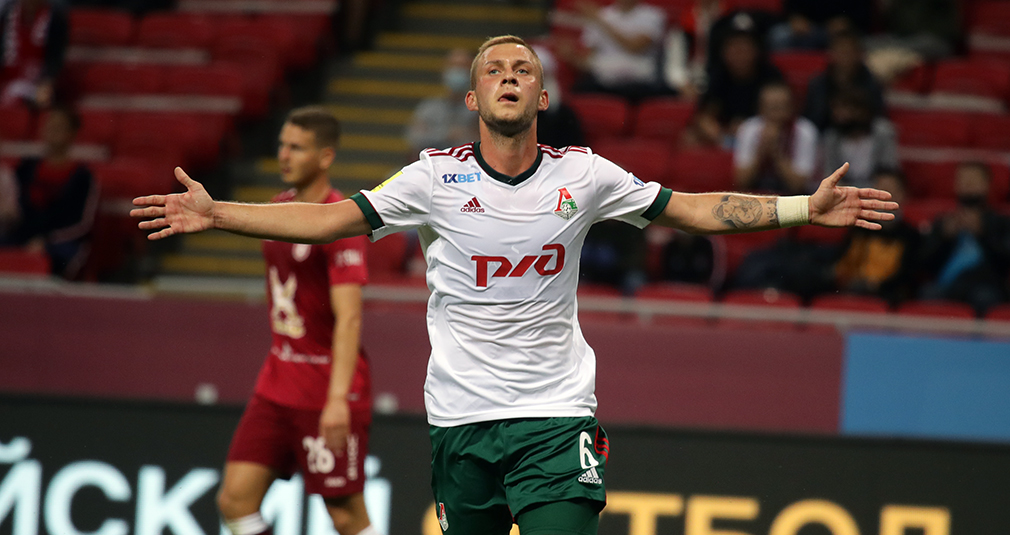 Lokomotiv started the season earlier than anyone else. Three days after the battle with Zenit for the Super Cup, Lokomotiv went to visit Rubin. Leonid Slutsky's team did not score a lot last season and practically did not concede. The best solution in this situation is to score as soon as possible to open up the game.

Lokomotiv took the last game at Ak Bars Arena at the end of June as an example. Back then the "railroad workers" were leading 2:0 by the 29th minute. This time they managed to do the same by the 26th minute. Rubin is becoming Dmitri Rybchinskiy's favorite team - Dima made his debut against Rubin. In the last match he made an assist, in this one he made two.

Already in the third minute Rybchinskiy dribbled past the defender and passed the ball to Miranchuk, who put the ball into the back of the net from an acute angle.

Though, one goal was clearly not enough for Lokomotiv. Our team showed very solid and confident football, locking the opponent in the penalty area. Nevertheless, the hosts used their counter attacks well. After a corner Kvaratskhelia picked up the ball, dragged it across the entire field and gave it to Ignatjev, who was close to scoring an equaliser, but his shot went wide.

On the other hand, Lokomotiv's next attack was effective. Rybchinskiy again dealt with the defender on the wing and rolled the ball to Barinov, who unleashed an unstoppable shot into the top corner.

During the break, Rubin lost their head coach. Leonid Slutsky had a dispute with the referee and received a red card before the start of the second half. The removal of the coach seemed to spur the hosts. They dominated the first minutes of the second half, although Guilherme still had no work to do.

The game ended for Rubin in the 65th minute. Begic lost the ball in midfield, Smolov picked up the ball and was running one on one with the keeper, before he was knocked by Begic. Clear red card for Rubin’s defender.

The remaining time Lokomotiv defended confidently and could have scored the third. Ignatjev had a chance immediately after coming on, but Dyupin made a good save.

Lokomotiv got points in the opening game for the tenth consecutive season. On August 15, our team will host Krasnodar.