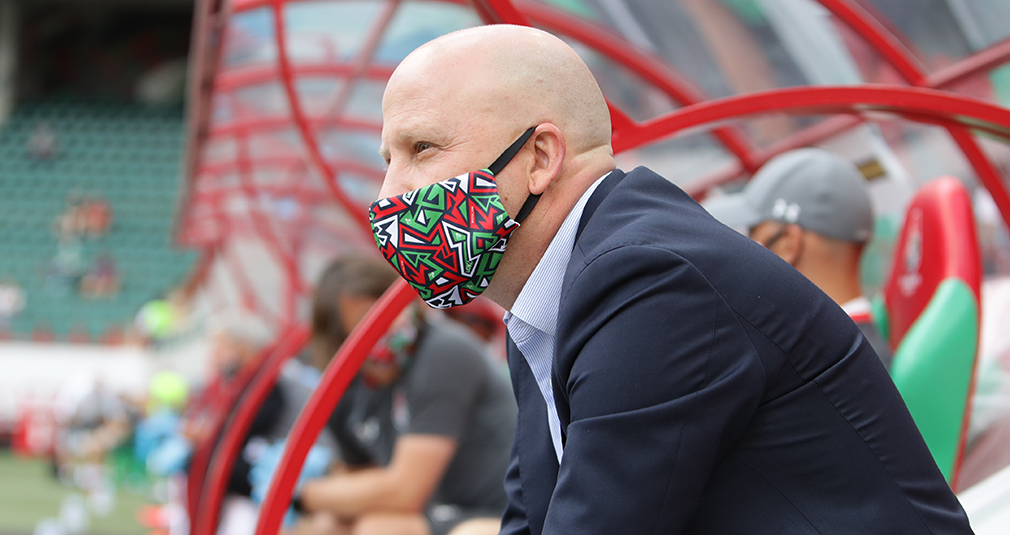 Lokomotiv’s head coach Marco Nikolic reflects on the game against Ufa (1-1) in Gameweek 28 of the Russian Premier League.

- Of course, we are unhappy with the result and quality of the game. In the first 45 minutes we were nervous and made a large number of unforced errors. We lost possession in simple situations, gave opponent a chance to start counter attacks. In the second half after we made the substitutions, we played much better, but, as often happens in these kind of games, playing well for 45 minutes is not enough to win. Of course, we had chances to score, but not as many as we would like. Ufa also had chances. Therefore, the result is logical, but it does not satisfy us.

- What is the reason behind substitutions during the half time break?

- Murilo was booked, there was a risk that he would get a second yellow. Anton played a lot in recent games. Perhaps he didn’t have enough fitness to withstand the speed of the second half. After we made a double substitution, the character of the game improved.

- How would you rate the game Farfan today?

- I am very happy that he managed to score. Farfan showed just how good he is. Everyone knows who Farfan is. We really missed Jefferson during his long spell on the sidelines. I hope he could help us in the remaining two matches.

- Will Guilherme and Barinov play against CSKA?

- I think they will be preparing for the next game, as well as Rybus, who was out of today’s match due to suspension.

- Is Djordjevic going to return this season? What is the nature of Guilherme’s injury?

- I don’t think Luka will play again this season. Guilherme and Barinov will prepare for the next matches.