Farfan returned and scored. Lokomotiv and Ufa played to a 1-1 draw 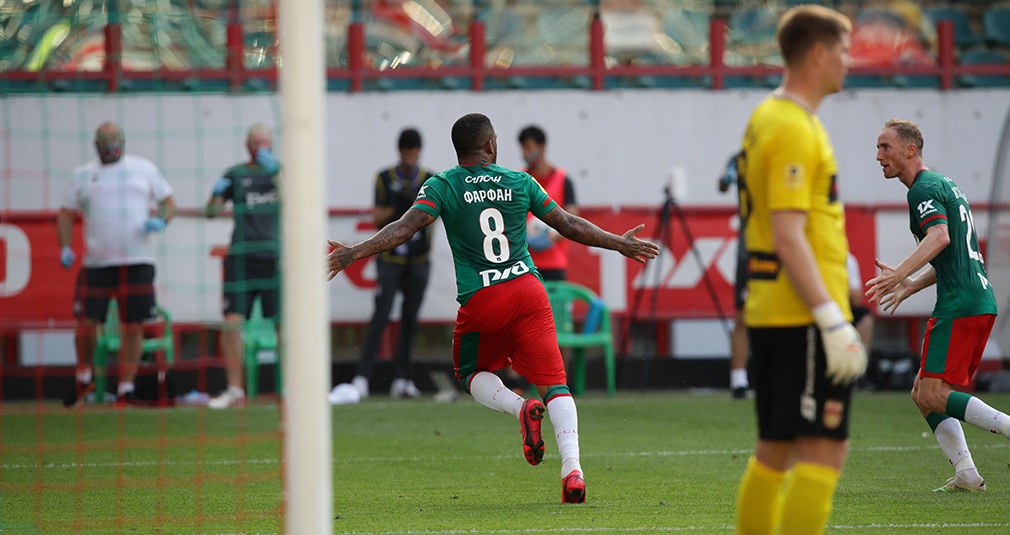 Lokomotiv started the game against Ufa without Guilherme, Barinov, as well as Rybus, who was suspended. On the bright side, Krychowiak returned to the starting line up and Farfan took the place on the bench. Jeff has not played since May 4, 2019.

Krasnodar’s defeat against Rubin returned the fate of second place again into our own hands. So in order to keep the Champions League place, it was enough to win the rest of the games. However, Ufa this season has been very effective, when playing against the top teams - 17 out of 36 points came from matches against Zenit, CSKA, Rostov, Spartak and Lokomotiv. In addition, before the game against us, Ufa were on a seven game unbeaten run in the RPL.

Before the game, Miranchuk brothers received the awards - Lesha received the RPL Player of the Month award for June, while Anton got a commemorative shirt for playing 100 matches for Lokomotiv.

The first half was played in a typical style for these teams. Ufa was sitting deep near its goal and waiting for a counterattack, while Lokomotiv controlled the ball and tried different options to open up Ufa’s defence.

Miranchuk and Krychowiak had the most dangerous attempts in the first half. Lesha had a good opportunity to score from a free kick, while Grzegorz tried his luck with a shot from 25 meters. Belenov saved both of the shots.

On the other hand, Ufa made the most from their counter attacks. One of them even resulted into penalty. Murilo fouled Golubev, the referee pointed to the spot, and Fomin converted the penalty without any problems.

During the half time break, the coaching staff made two substitutions - Zhemaletdinov and Rybchinskiy came on. At the same time, Ufa responded with a more defensive set up, the aim of which was to protect the lead.

And it did work for half an hour, until Jefferson Farfan got down to business. Even though, Jeff missed 14 months, 12 minutes was enough for him to score the first goal after return. Joao Mario crossed the ball into the box where Farfan nodded it into the back of the net.

Ufa immediately responded with a counter attack and earned a corner. Alikin won the air duel at the near post and headed the ball into the goal, but Kochenkov made a great save. After that, Lokomotiv thoroughly pressed Ufa, but the away team was able to hold on to the score and earn another point against a top 5 team.

On Thursday, Lokomotiv will play their most important game of the season against CSKA.